An adorable calf saved from slaughter has become best friends – with a dog.

Calvin the cow and Lincoln, an Australian shepherd, have been completely inseparable since the moment they met lat the Black Goat Farm and Sanctuary in Ontario, Canada.

Calvin was born at a nearby dairy farm, but was due to be slaughtered.

Cows on dairy farms must keep giving birth in order to continue producing milk, so the calves are usually removed from their mothers at a young age and shipped off to be killed for meat. 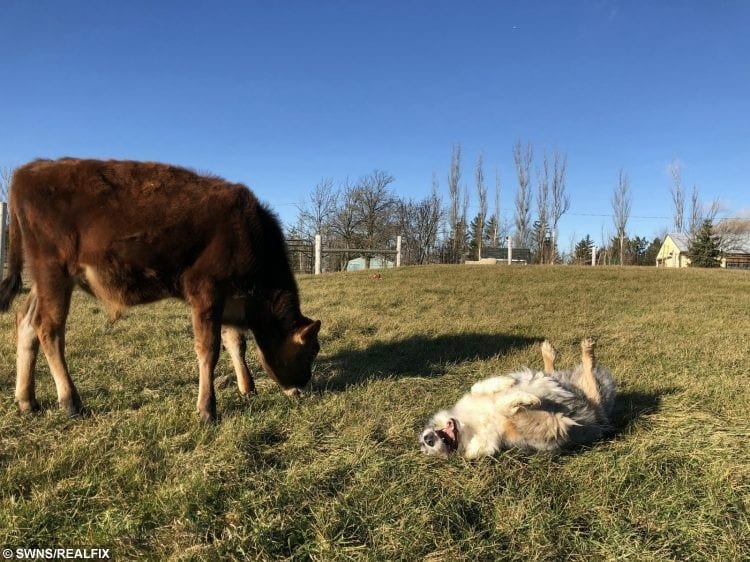 Lucky for Calvin he was rescued by the sanctuary, where he was able to see the sky and run around freely for the first time.

“At the dairy farm Calvin lived in a concrete pen, he never got to go outdoors,” said Megan Mostacci, 28, cofounder of the Black Goat Farm and Sanctuary.

“Now he just loves running about in the open air.”

“Lincoln was very protective of Calvin from day one,” said Megan.

“They formed a bond right away and became best buddies, Lincoln acted like a surrogate mom to Calvin when he was a little calf.

“They cuddle up together, take naps together, lick each other’s coats and roll about in the grass, they’re very gentle with each other, it’s so sweet.” 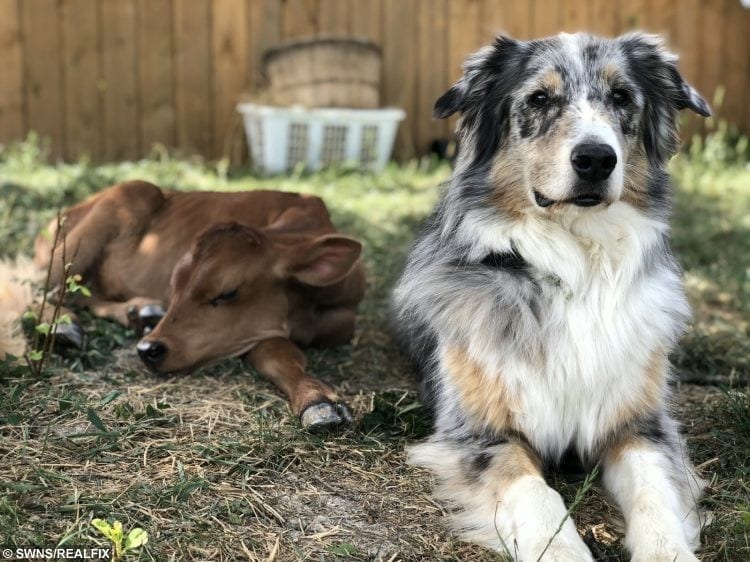 The furry friends now have two acres of lush, green pasture to play together.

“The first thing Lincoln does in the mornings is run down to where Calvin sleeps, then they spend pretty much all day, every day together,” said Megan.

Now Calvin is six-months-old he dwarfs Lincoln in size, but the loyal pup still acts like the mom in the relationship.

“Lincoln still thinks he needs to protect Calvin, he’s always there right by his side watching over him,” said Megan. 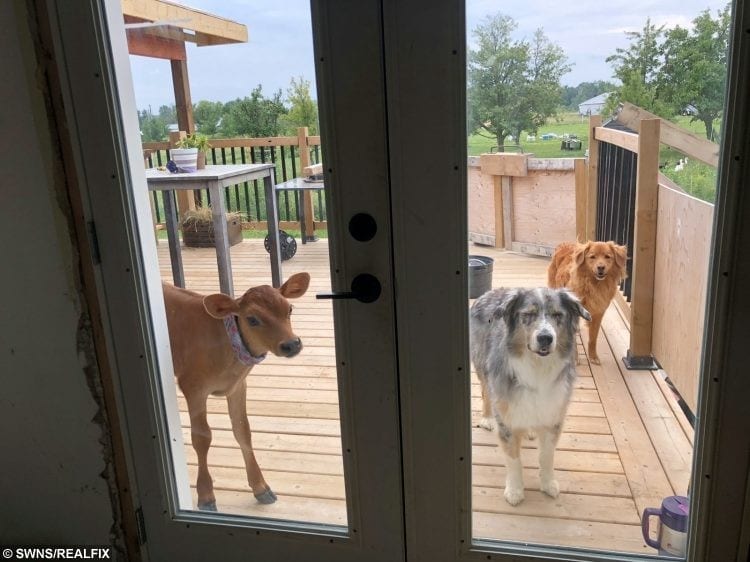 The canine/bovine friendship isn’t due to end any time soon.

“We’ll keep them together for the rest of their lives,” said Megan.

“They’re so cute together, it’s been good for both of them, for sure.”