A cyclist has landed himself with a hefty fine and a ban from an iconic triathlon after a high-speed collision – while undertaking a HORSE.

Iain Plumb was one of two cyclists banned from the Windsor Triathlon for reckless riding after recklessly undertaking the animal which was so scared it bolted.

The 32-year-old brushed the horse, making it bolt and leaving rider Jennifer Katherine, 29, shaken up with a bruised ankle. 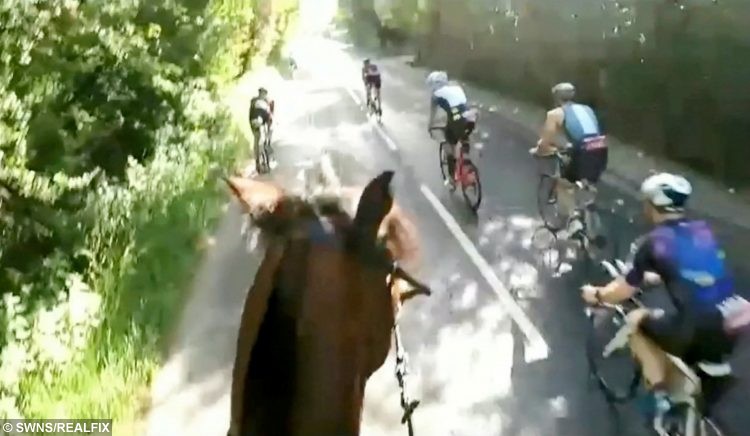 As the cyclist rode off in June last year, he turned around to make a rude gesture to Jennifer, by giving her ‘the middle finger’.

Plumb, of Crowthorne, Berks, was handed a lifetime ban by Human Race Events, who were forced to apologise after the clash.

A spokesperson said: “The vast majority of triathletes and cyclists do follow the rules and ride with due care towards others.”

The race company promised better signposting for future races to warn horse riders and drivers when the triathlon is due to start.

Wycombe Magistrates’ Court found Plumb guilty of riding a cycle on a road without reasonable consideration for others. 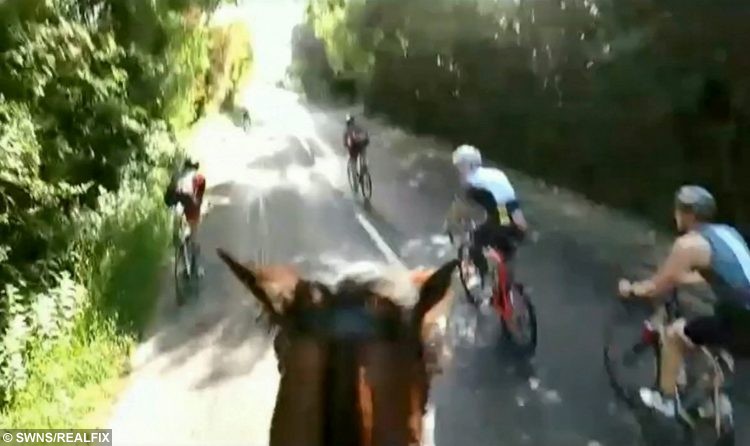 He was fined and ordered to pay costs amounting to £926 on January 21.

PC Peter Dorling said: “Plumb was competing in the event, when he attempted to undertake a horse and horse rider in Oakley Green Road, Dedworth.

“While attempting this manoeuvre, Plumb cycled into the horse, causing it to bolt, and thus putting other road users in danger.

“The horse rider, a 29-year-old woman, sustained bruising to her ankle, and thankfully the horse was not injured.

“His cycling fell well below what is expected for a cyclist and I am glad he has been convicted for his offence.

“I would like to thank the victim, who has been helpful in assisting with the investigation.”