A five-year-old animal lover has spent lockdown caring for a new feathery pal – after rearing a baby starling by hand.

Determined Dylan Simpson has been shielding at home during the pandemic but put his free time to good use by caring for a tiny bird for five weeks.

The week-old bird was originally discovered by Dylan’s sister after it had somehow flown into her bedroom.

The baby bird was alone and needed help – so the loving lad stepped in to take care of it.

Dylan nursed the bird, affectionately named Jack, back to health and he is now slowly regaining the confidence to go outside again.

Dylan, from Whitley, North Yorks., said: “We found Jack in my sister’s bedroom and I learned how to look after him.

“We fed him bird food and Weetabix and after we’d looked after him we let him outside.

“We thought he was a sparrow at first but he’s a starling.” 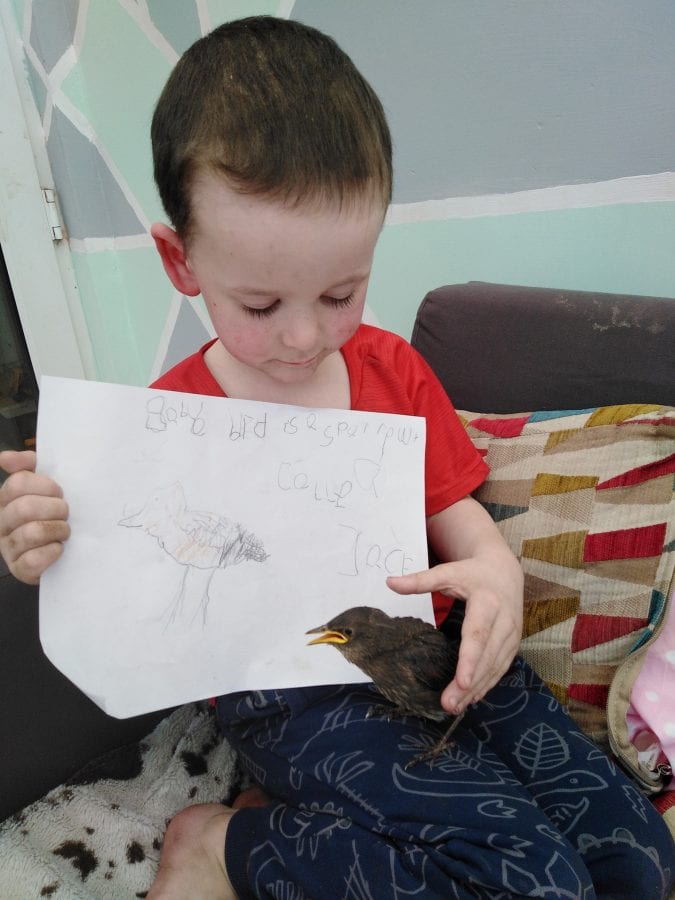 She said: “We have a lot of bird nests around our house anyway and we could hear something but thought it would be from one of the nests outside.

“My daughter went upstairs to check and came back with this tiny starling in her hand.

“She passed it over to me and immediately Dylan wanted to hold him and fuss him.

“Dylan wanted to help the bird who didn’t have a mum.

“We thought Jack was a sparrow at first because he was so small, but Dylan began feeding him every 15 to 30 minutes and researched him. We discovered he was a starling.

“Dylan would wake up every morning to check on Jack and Jack would sit next to Dylan when he did his schoolwork.

“It’s been really good for Dylan during the pandemic.

“He has respiratory problems, so has been shielding since March – he’s only left the house a couple of times since then.

“Raising Jack, along with learning about him, has really helped focus his mind on something and distracted him from the situation.” 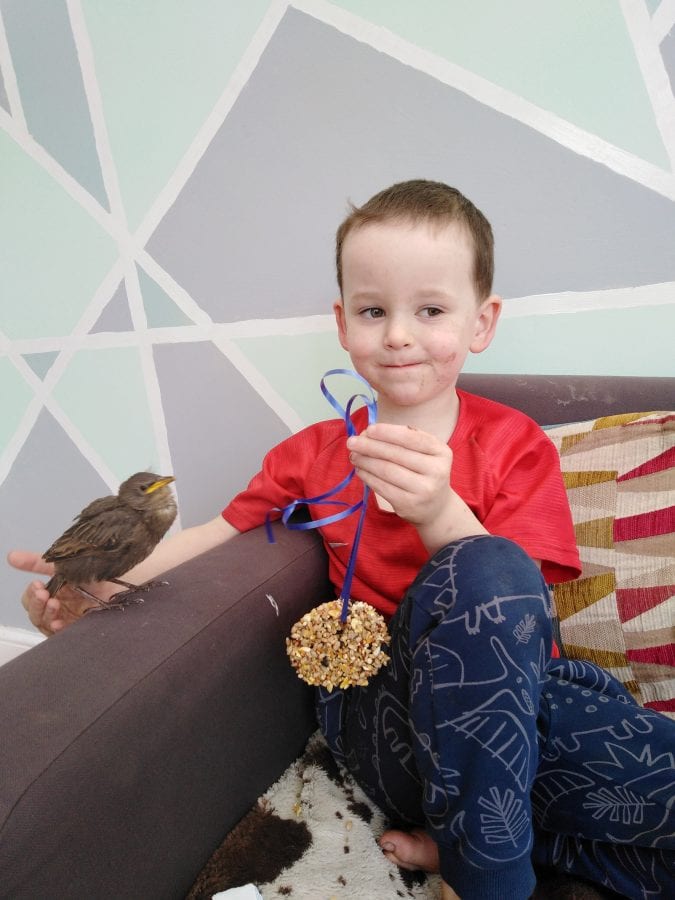 Sarah added that when Jack was big enough, they released him into the garden. He stayed around the area for a while and has since spread his wings.

Sarah Langridge, Head Teacher at Jack’s school, said: “This is exactly the type of learning beyond the classroom that is brilliant to see from the children whilst they are at home.

“We love learning about the natural world at all ages and it’s this awe and wonder that can really help motivate children with their other learning.

“It was great to see how Dylan had drawn a picture of Jack and also written a caption to go with his drawing.

“We will look forward to Dylan sharing his experience with us when we return to school.”

Stuart Carlton, North Yorkshire County Council’s Corporate Director of Children and Young People’s Service, said: “It’s brilliant to see the ways in which children have adapted to learning out of the classroom.

“Dylan’s initiative to not just raise a baby bird but to research it too is a great example of how valuable knowledge can be gained at home as well as in our classroom environments.

“It’s great that Dylan – and many other children across the county – put their efforts into a new hobby or interest during lockdown.”

“It really sucks being brown”: This ten-year-old girl is determined to continue her fight against racism

"It really sucks being brown": This ten-year-old girl is determined to continue her fight against racism