The crowd inside the Queen Elizabeth's A&E on Monday afternoon.

A heavily pregnant woman with a heart disorder was forced to sit on the floor of A&E for almost FIVE HOURS after no one gave up their seat.

Bonita Baxter, 27, was rushed to hospital by ambulance on Monday (28/1) evening with chest and stomach pains.

The mum, who is six-months pregnant, was told to wait for treatment but due to overcrowding she was forced to sit on the floor.

Nurses advised her to stay in the hospital in case the pain was related to her pregnancy or a symptom of an existing heart disorder.

She suffers from Tricuspid regurgitation, a condition which causes blood to flow backwards through the heart valves.

After two hours, Bonita, a student midwife, begged staff for a chair but none could be found.

A receptionist even pleaded with the patients and visitors to give up their seats but all 50 people in the waiting area refused.

Bonita took a picture of the packed waiting room at Queen Elizabeth Hospital in Birmingham which has since gone viral. 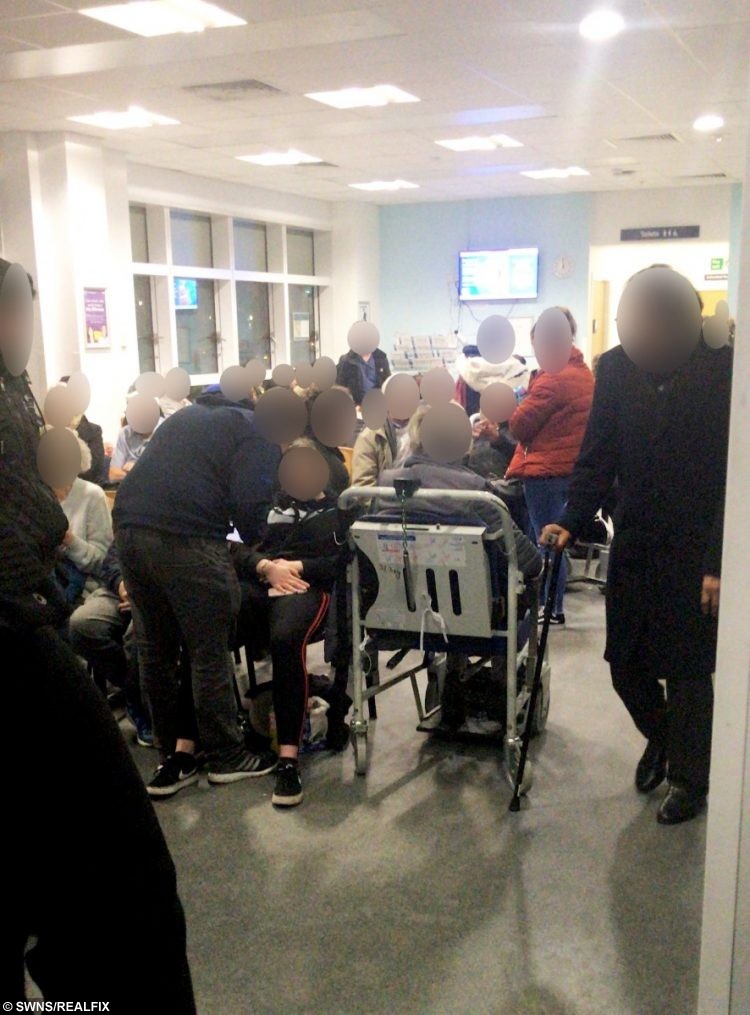 Despite going against the advice of medics, after four-and-a-half hours, Bonita called her mother who drove her to Solihull Minor Injuries Unit.

She was given painkillers before being discharged at around 10pm.

Bonita lives in Kings Heath, Birmingham, with her husband Ben, 33, and their five other children aged between one and six.

She said: “Throughout the day on Monday, I was in pain.

“I tried to get a doctor’s appointment but had no luck. I thought I would ride it out and get an early appointment the next day.

“But the pain got worse throughout the afternoon and early evening.
“My husband rang an ambulance and they took me to QE.

“There were 15 ambulances ahead of us waiting to be booked in. It was like a traffic jam outside A&E.

“We initially went to the maternity unit at QE, but they said it was best to stay with the A&E in case I had a problem with my heart or the baby was at risk.

“I totally expected a wait but I was not expecting to have to sit on the floor for almost five hours.

“Hours and hours went by.

“Twice the nurse asked if someone could give up a seat for me. No one moved. I just got blank stares and people looked at the floor.

“I knew these people had their own problems but it was obvious I was heavily pregnant and was in discomfort.

“If it had been the other way round I would have given up my seat for a pregnant woman.

“I would say 70 per cent of those waiting were patients – but some were visitors of patients. One patient had about six or seven visitors.

“One of those could have moved.

“It was just disgusting. I was really shocked.

“I am quite visibly pregnant.

“I am not saying I deserve to be treated like Royalty because I’m pregnant.
“As for the visitors – I just can’t believe it.

“When I went and asked for help a stressed receptionist said ‘do you expect me to magic a chair?’

“I don’t think the staff were expecting it to be so busy.

“It was so uncomfortable on the floor.

“I was texting my mum and she came to the hospital.

“She said ‘can no one give up their seat?’ but again nobody moved.

“My mum took me to Solihull, and they sent me straight away with painkillers.

“They have booked me in for an appointment to see if an operation is needed to remove the gallbladder.

“I have suffered with gallstones once before.

“It gets worse with pregnancy.” 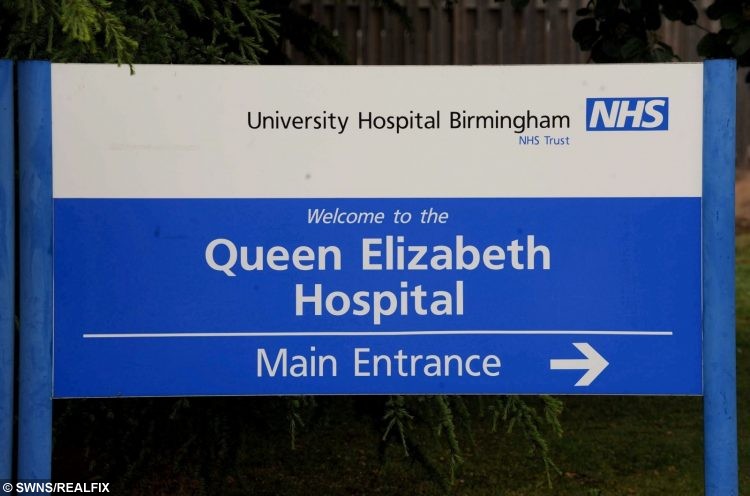 Bonita and her husband Ben, a shopping centre security guard, have lodged a complaint with the Patient Advice and Liaison Service (PALS) at the hospital.

A spokesperson from University Hospitals Birmingham NHS Foundation Trust, which runs the Queen Elizabeth Hospital, said: “Signage across the Emergency Department and members of our staff do ask visitors to give up their seats for patients during busy times.

“If patients are unhappy with any aspect of their treatment at our hospitals we would urge them to contact our PALS with the details, so they can look into any issues raised.”