A professional kitesurfer has performed this incredible 200-metre jump over a sand spit into open waters.

Olly Bridge, 21, has been eyeing up the stunt for months but had to wait for the perfect tidal conditions.

Then on Sunday the time finally arrived and Olly kitted up and headed into the waters near Dawlish, Devon.

He filmed the incredible stunt and uploaded it to social media, which has so far gathered more than 67,000 views. 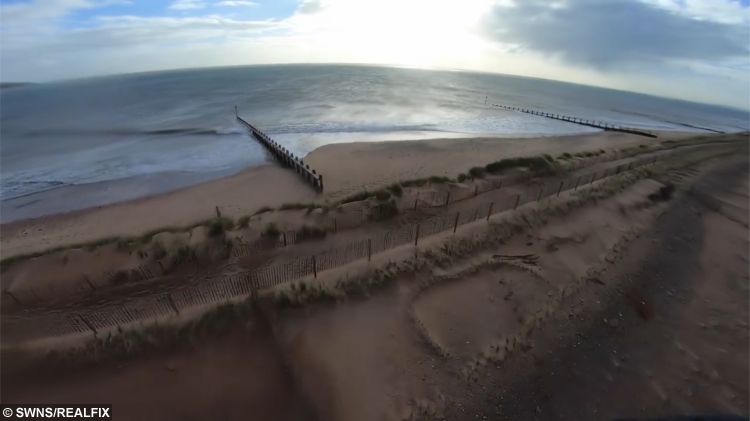 He said: “I was pretty stoked to make it over.

“I’ve been wanting to jump that for a while because it is a very do-able size – it’s big but not too big.

“There were a couple of obstacles I had to look out for – a few groynes, that sort of thing.

“The take-off wasn’t that easy because it is quite shallow too so you need a specific tide.

“When it’s high tide it’s easier – when it’s low tide a lot of it is dried out – but on Sunday it was high tide and there was a strong wind as well so it just made it good conditions to do it.

“Pretty much as soon as I took off I knew I had it.”

Olly, from Exmouth, Devon, is a full-time kitesurfer, although he also spends time working in his parents’ kitesurfing shop, Edge Watersports. 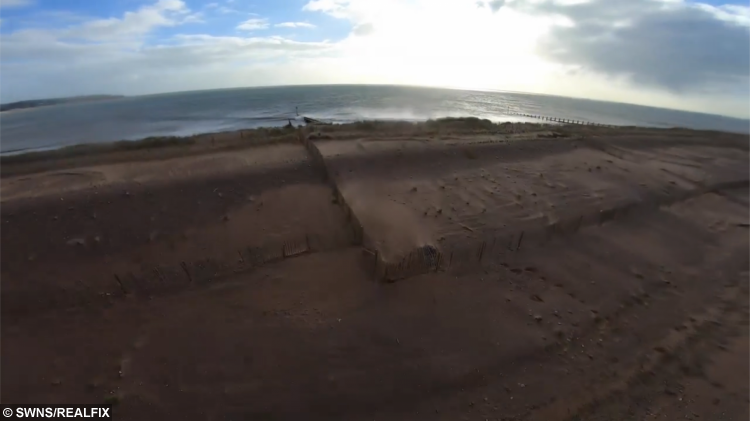 And while he admitted the jump was the biggest he had done, he said there were bigger ones out there.

“It’s definitely the longest gap I have jumped. I’ve done one of 70m before but the one yesterday was much bigger,” he said.

“In kitesurfing terms it’s not huge though. I’ve done some big jumps before.

“I wasn’t really thinking of much when I was doing it, just concentrating on making sure I made it.”

Olly said: “The video is doing well. I’m not too surprised though because people love seeing that kind of thing.

“I did one video going off a cliff in a Santa suit and that went down well too.”