A dog has been reunited with her owners THREE YEARS after being cruelly stolen from her home.

Holly, a springer spaniel, was picked up as a stray in Sevenoaks, Kent – more than 50 miles away from her home in Witham, Essex where she was snatched by thieves.

The beloved pet was just 19 months old when she was cruelly stolen from her kennel in April 2016.

The spaniel’s owner, Rita Cook, 38, explained that Holly and another of the family’s dogs were stolen while no one was home almost three years ago.

While the other dog was found in the middle of the town the same night, the brown and white spaniel was never seen again. 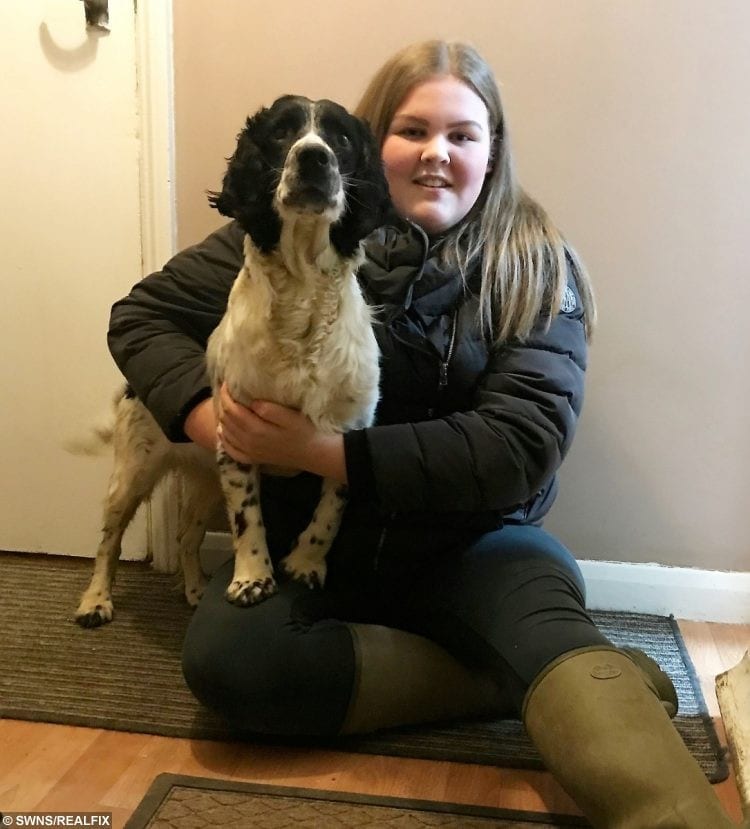 Until miraculously, Rita received an emotional phone call from a vets in Kent last Monday morning (Feb 4) to say that Holly had been found.

She said: “I was at home by myself and it was completely surreal – I just couldn’t believe what I was hearing.

“I was shaking so badly that I could barely write down the postcode they were giving me to go to. I have never cried so much in my life.

“After I put down the phone I was just wandering around the house in a daze not sure what to do with myself.

“We haven’t got a clue how she ended up there but she’s had a lot of puppies and she was absolutely covered in fleas.”

Rita went to pick up the beloved spaniel, which was originally bought as a puppy for Rita’s daughter Megan Lodge, now 15, before taking her to a vet to be checked over.

Rita said: “I went to pick up Megan from school and my partner was waiting ready to go on our after school dog walk at home.

“We have nine dogs all together and we normally go on a dog walk everyday after school, that’s our routine.

“He said don’t tell her – let’s do it all together.

“We got back and he handed her a lead and said ‘You can take Holly on a walk now’ and she looked at me and I was already in tears.

Back in 2016 Rita was food shopping when she received a devastating call from a family friend to say Holly had been stolen.

She said: “It was awful. My partner’s boss had gone round to drop off some things at the house and called me to ask if the kennel doors should be open.

“I said no and he asked me how many dogs there should be. We had seven dogs at the time and they had taken two of them – one of them being Holly.

“The other one was found in the middle of town that night, they probably got rid of her because she is a crossbreed.

“It just goes to show how important it is to get your dogs microchipped. I know it’s illegal not to now, but without that chip they wouldn’t have known who she was.”

Over the years, Rita said she always hoped to be reunited with Holly one day. 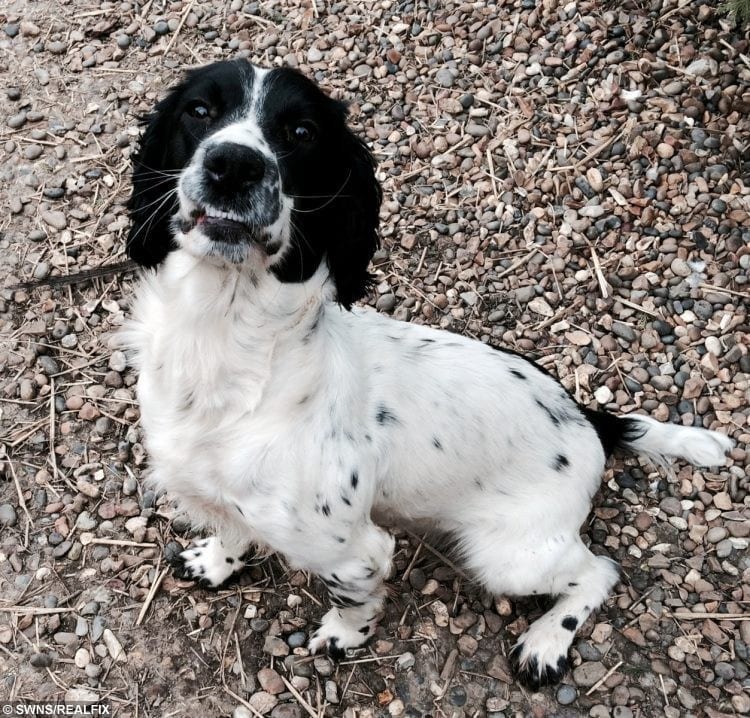 She added: “We always hoped we would see her again. She had her own Facebook page and Twitter page and she had over 30,000 tweets from people looking for her.

“There has never been a week that goes by that we didn’t speak about her.

“Even my daughter said that she just hopes she’s alive and well somewhere.”

Since returning home, Holly has settled back as if she’s never been away.

Rita added: “She is exactly the same.

“When we went to pick her up from the vets in Kent as soon as she saw us she started pulling on her lead and she was so excited to see us.

“It’s just incredible. We’re in complete disbelief. We just sit and watch her because it’s all been so surreal.

“She’s getting on with all the other dogs so well. While she was away her sister had a litter of puppies and we bought one so Holly has also been reunited with her niece, Game, too.”

WATCH: Big brother spent his own money he’d saved up for a Playstation 5 on a console for his little sibling instead

WATCH: Teen with Down’s syndrome was invited to play for his favourite team – and scored the first goal

WATCH: Three-year-old gives her mum a stern telling-off after finding one of her drawings – in the BIN