HomeFamiliesGeneralMost Popular“It Was So Exciting To Walk Into The Estate Agents & Buy A Place Outright!’ – Mum Turned Down For Mortgage Wins £250k A Week Later 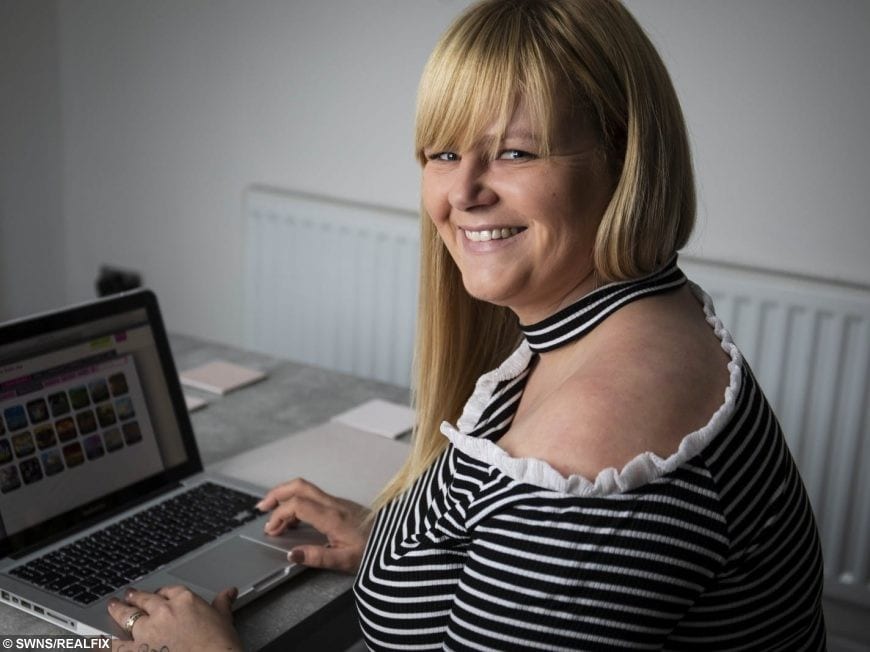 A woman won £250,000 playing online bingo and celebrated by buying a house after she was turned down for a mortgage – just one week before winning the money.

Samantha McKay, 32, logged onto a bingo site for the first time in over a year and placed a bet for just £1.

The mum-of-two was gobsmacked when she won £50,000 and decided to test her luck again.

Samantha placed a final bet for £200 – the largest amount possible on the site – and couldn’t believe it when she won a staggering £200,000.

Along with partner Damien, 43, Samantha had been saving to buy a house for nearly 11 years, but had just been turned down for a mortgage.

Now the couple have bought a three-bed property outright with the winnings.

With the leftover cash, Samantha bought her mum Julie, 58, a holiday caravan, and she’s now gone back to work in the barber shop she owns.

Samantha, a self-employed hairdresser, from Porthcawl, Wales, said: “When I saw the amount flash up screen I nearly died – I couldn’t believe.

“My husband and I have been saving for nearly 11 years and we were even competing to see who could save the most each month.

“When I sat him down and told him I’d been playing online bingo, I think he thought I’d blown our savings.

“It’s was perfect timing for us after the mortgage we applied for was rejected.

“We also got brand new furniture and I treated myself to the most expensive bedding I could find.

“It still doesn’t feel real that we own our house – it’s more than we could have dreamed.”

Samantha, who lives at home with partner Damien and daughter Ellie, 15, would regularly play on the bingo site 888ladies in 2018, placing £1 bets at a time.

She decided to cancel her account and have a ‘cool off period’ after failing to land any big wins.

Over a year later, Samantha decided to try her luck again after an email from the site prompted her to reactivate her account.

Samantha said: “At first I won about £1,000 which was incredible but I’ve won money like that before so I decided to play on a bit.

“I couldn’t believe it.

“My head was spinning and I was in complete shock.

“I had to get out the house and for a swim to calm down a bit.

“When I got home I cashed out the money and still had about £500 left in there.

“I placed one more bet and £200,000 flashed up on screen – I was completely speechless.

“I immediately cashed out the money and deleted it before it got silly.”

Samantha kept the news to herself all day until her husband Damien had returned home from work.

The couple, who previously rented a three-bed property, were also joined that night by Damien’s daughter Lara, 21.

She said: “I kept it to myself all day until I found the right time to tell him.

“We usually have a weekly takeaway with Lara and her boyfriend and I didn’t say a word all night.

“After they left Damien asked me what was wrong because I was so quiet.

“I sat him down and told him about bingo and he started panicking that I’d lost our savings.

The couple had been saving for over a decade to buy their own property and with the money they won they were able to buy their house outright.

They were also able to fill their house with brand new furniture, carpets and white goods like a new washing machine and dishwasher.

After all the excitement Samantha has settled back into normality and gone back to work.

Samantha added: “I used to play on the site quite regularly but never won anything like this.”

Samantha said: “We knew we were going to spend the money on a house straight away.

“We had been saving for years and it ended up going on our wedding and bills and other things.

“We’re both self-employed and struggled to get a mortgage and after it was rejected we were worried we’d never own our place.

“It was so exciting to walk into the estate agents and just buy a place there and then.

“We’ve just got the keys, new carpets are being fitted and new furniture is on the way.

“We got everything – a new sofa, table, washing machine, new carpets fitted throughout the house.

“I also got myself the most expensive bed lining I could find because I’ve always wanted some.

“With the remaining £3,000 I could get my mum to a caravan because she loves going away to holiday camps, plus, it’s a treat for us all to go away.

“Now that all the excitement is over I’ve gone back to work and we’ve settled back to normal.

“I haven’t gone back on the site since – I don’t want to test my luck in case it’s gone.”