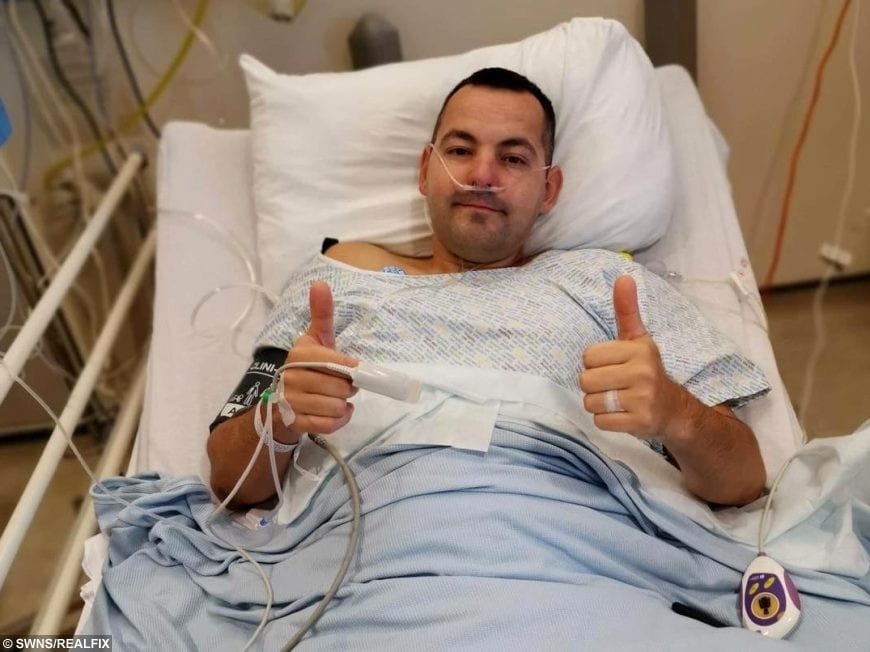 A brave son saved his mum’s life and ended her 30 year misery — selflessly donating his KIDNEY.

William Russell, 37, has been supporting his Linda Russell, 63, for years throughout her three decade battle with kidney disease.

When doctors delivered the devastating news she would die without a transplant, in 2018, William immediately wanted to help.

Tests revealed he was a suitable donor match and the brave dad-of-one went under the knife on December 17, 2019.

The transplant was a success and Linda is now doing better than ever thanks to her son’s selfless gift – coming out of hospital on Christmas Day.

Supermarket worker William, from Glasgow, said: “My mum has been battling kidney disease for 32 years – she was rushed into hospital the night before my fitth birthday.

“My mum being in and out of hospital was normal to me growing up, but over the years, her condition has steadily got worse.

“Last year she could not get dialysis as she only had 8% kidney function.

“The doctors told her the only option was to have a transplant or she would die.

“They told my mum she had ran out of options, so me and my siblings got tested and I was the best match.”

Proud mum Linda said: “Receiving a kidney from William has been fabulous.

“It’s early days but we are both recovering well from our operations.

“I am so proud of him for doing this and so grateful to be here because of him.”

Divorced mum-of-four Linda has been unable to work for many years due to her long battle with kidney disease.

Her son William’s generous kidney donation saved her life, and despite Linda suffering a heart attack the day after the transplant, she is now doing really well.

William returned home on December 20, and Linda made it home in time for the festive celebrations, leaving the hospital on Christmas Day.

The pair spent Christmas with their family, but for Linda’s generous son, the road to recovery has been a rocky one as he struggled with stress.

William has been working for ASDA for the past 13 years and currently works in the frozen section of the superstore at Linwood Retail Park, Paisley.

He said initially Asda said he could only have full sick pay for six weeks – not 12 – because he’d already had time off for a bad back earlier in the year.

William chose to go ahead with the transplant at Queen Elizabeth’s Hospital, Glasgow, anyway – and shop bosses later changed their mind and gave him full sick pay.

William said: “I am happy to hear that ASDA are now willing to pay me after all, but I really could have done without this stress whilst recovering from major surgery.

“All I wanted was to help my mum stay alive, and I’m so pleased the surgery was a success and to see her doing so well after years of struggling with sickness.

“It was a no brainer for me to come forward and donate.

“It’s hard to put into words how proud I feel for doing this but the best part for me is my mum is the healthiest she has been for almost all of my life.”

A spokesperson for ASDA said: ‘’Whilst we would never comment on an individual’s specific circumstances we will always work to support our colleagues when they need time off work and offer a range of benefits to colleagues, including up to 12 weeks paid sick leave in a year.

“Should a colleague need additional time off due to special circumstances we will always do what we can to provide further support and have, on this occasion given additional paid leave to William.”