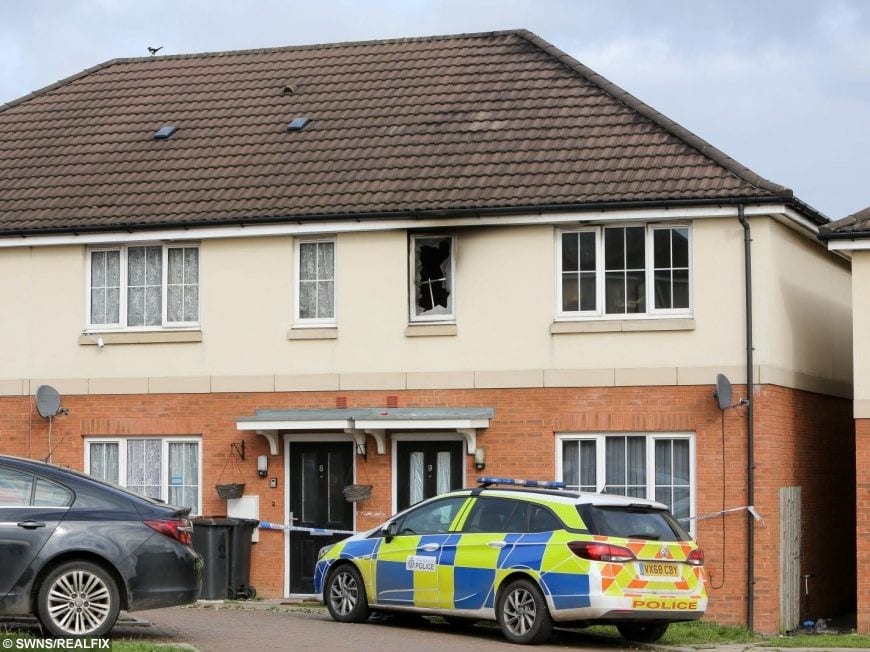 A woman has been arrested on suspicion of child neglect after a toddler was left fighting for her life in hospital following a devastating house fire.

Emergency services were called to Cattell Way, in Bedworth, Warks., after the severe blaze broke out shortly after 2pm on Sunday (20/10).

Firefighters rescued the 21-month-old girl from the smoke-filled house and gave her CPR before paramedics arrived at the scene and took her to hospital.

Four other children, three girls aged 12, 10 and seven and a five-year-old boy, were also treated but discharged.

A woman, from Bedworth, was arrested on suspicion of child neglect and bailed while enquiries continue.

Warwickshire Police said the tot remains in a critical but stable condition at Birmingham Children’s Hospital following the fire, which broke out in a back bedroom.

Detective Chief Inspector Tim Sharp, from the force’s Major Investigation Unit, said: “We’ve launched a thorough investigation into the fire and our thoughts are with the injured girl and her family at this time.

“We’re appealing for anyone who was in the area at the time to get in touch, especially if they’ve got mobile phone or dash cam footage of the incident.”

A service spokesman said: “On arrival ambulance crews discovered the fire service treating a girl they had rescued from the property.

“Upon assessment from ambulance staff she was found to be in an extremely serious condition and specialist trauma care was immediately administered.

“The girl was then transported to the specialist trauma care centre at Birmingham Children’s Hospital on blue lights and sirens.

“Unfortunately, upon arrival her condition was described as critical.

“Ambulance crews also assessed and performed welfare checks on three men, a woman and four other children, all of whom were discharged at the scene.”

Fire crews from Nuneaton, Bedworth and Foleshill in Coventry responded to 999 calls at 2.05pm and remained on scene until just after 8pm.

Anyone with information that could help police with their investigation is asked to call 101 quoting incident 217 of October 20, 2019.

Alternatively, information can be provided anonymously to the independent charity Crimestoppers on 0800 555 111.

« Previous post Eco-Warrier Collects More Than Half A Million Cigarette Butts From The Streets Of Ipswich Before Posting Them Back To Tobacco Companies For Them To Recycle
Next article » Desperate Mum Is Trying To Raise Nearly £120,000 So Her Sick Baby Can Travel To The USA For An Operation After Doctors Found Incredibly Rare Heart Tumour