A superfit primary school teacher missed her students so much amid the nationwide lockdown that she went on an 18 mile run to visit each of them individually.

Marathon running Sarah Wilson, 43, who teaches early years and nursery children visited more than 60 of her pupils so she could speak to them at their homes.

It took mum-of-three, Sarah, six hours to complete her heroic mission – including three hours to chat with the children, who attend Fishergate Primary School in York.

She carefully mapped out the route of all their homes – with only one pupil who lived too far out being met halfway.

Sarah, from York, also raised more than £1,000 for national foodbank charity, The Trussell Trust, while she was at it. 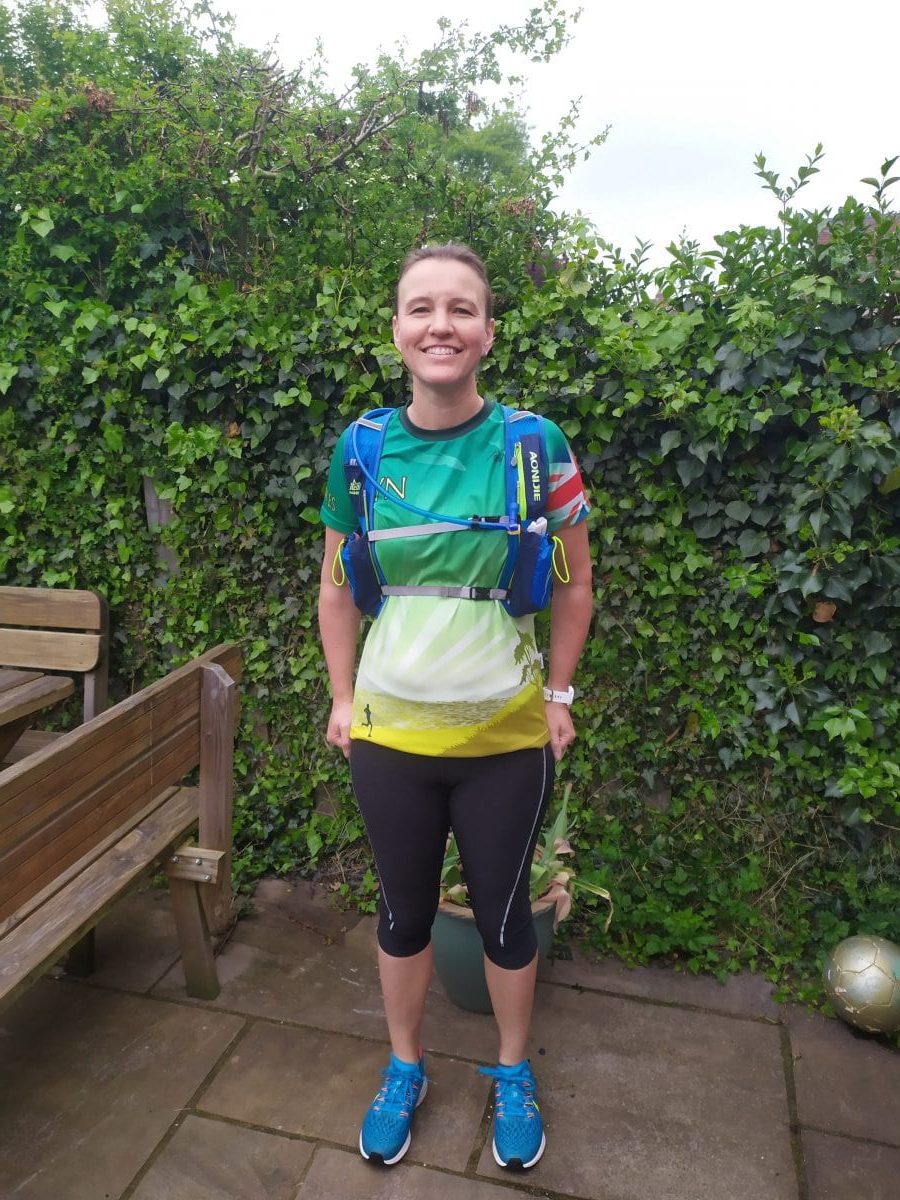 She said: “Every year, on May 4, our lovely school do a Star Wars marathon day where all the kids get involved to run a mile each to complete marathons in aid of charity.

“I was sad that that wouldn’t be going ahead this year, so we started thinking about what we could do.

“We didn’t want to encourage everybody to go out so instead it was decided that I would do the running.

“I teach five, six and seven-year-olds so I find checking in with them can be quite difficult on the phone – some of them don’t like to chat.

“So I decided to combine our May 4 run with checking in with the kids and it worked brilliantly.”

All her children downloaded a tracking app called Glympse, which allowed them to track where she was around York and see when she was coming near to their homes.

Most of the kids were out waiting for her when she arrived, which big smiles and a cheer. 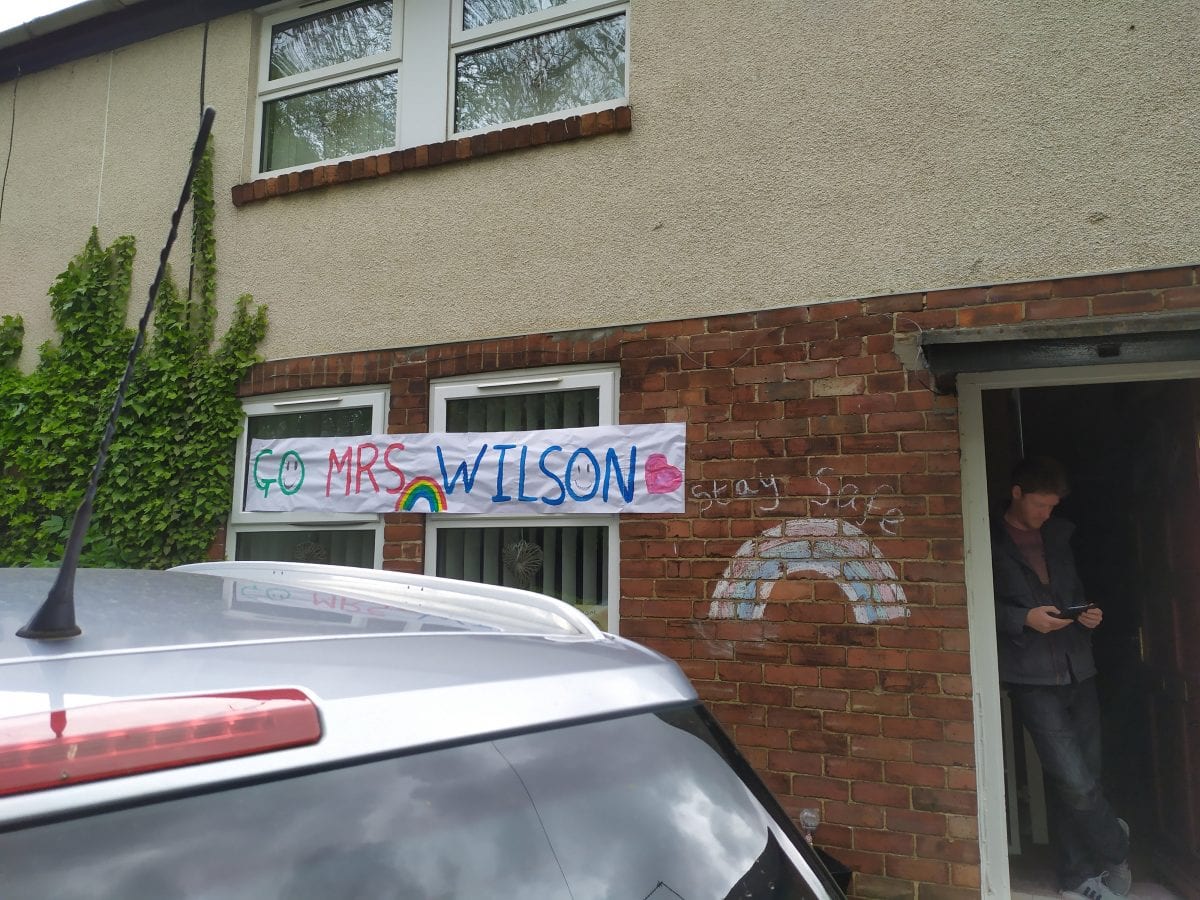 “My only worry was that, as they are so young, some kids might want a hug but it seemed they were well-prepped on social distancing so they knew to keep well back from me,” said Sarah.

“It was lovely to see the kids.”

It also gave the kids extra school projects as they produced posters and pavement chalked artworks in anticipation of her appearance.

Sarah, who is married to civil servant Mike, 46, and has three teenage children aged, 13, 16 and 19, was delighted to combine her love of teaching with running.

She has currently set herself a goal to run 100 marathons by the time she is 50. 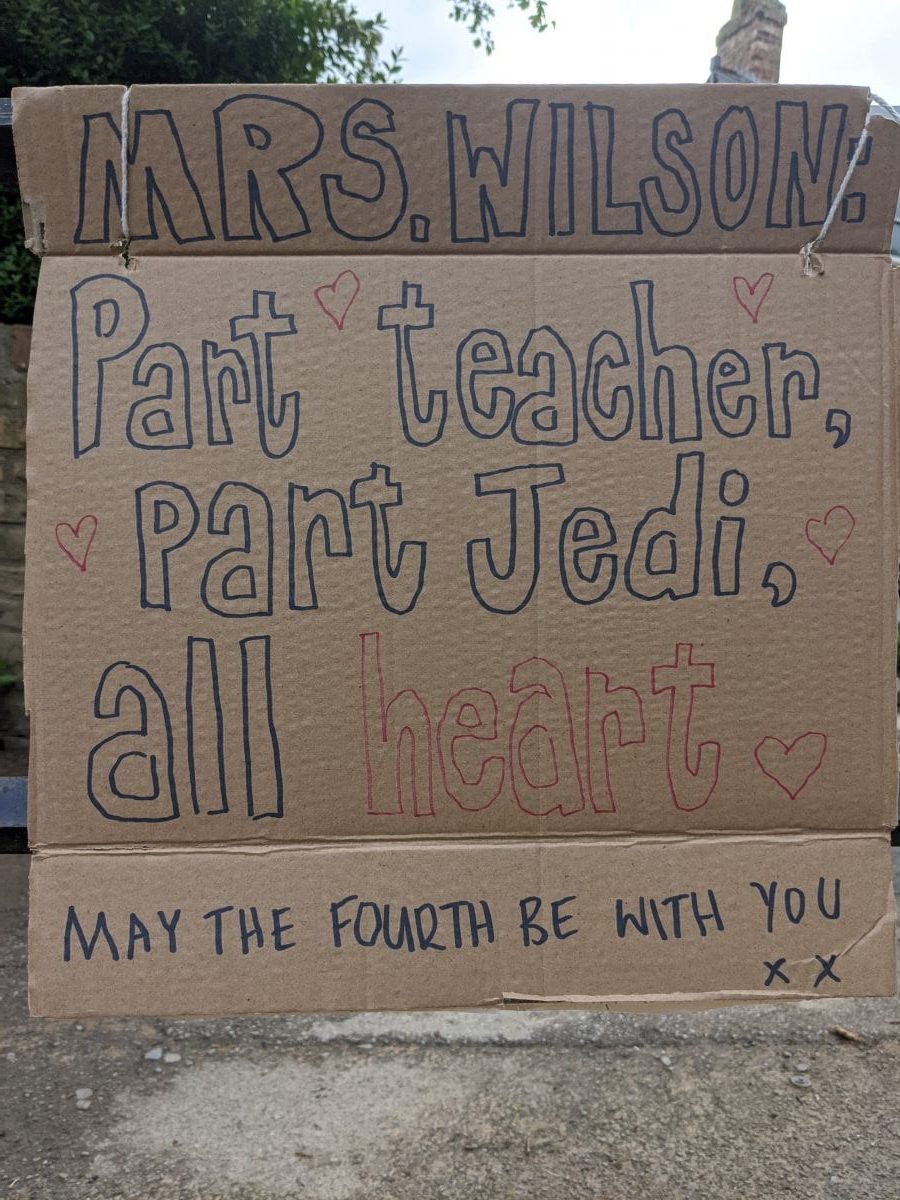 Until lockdown, she had managed to do 34.

Keen runner Sarah said that while the run was hard, seeing her students waving back helped to keep her going.

She said: “It was really fun to see all the pupils and just to give them something to enjoy during these tough times.”

Around her work Sarah is continuing to raise money and collect food for local foodbanks.

To donate, please go to: https://www.justgiving.com/fundraising/sarah-wilsonstarwars?f