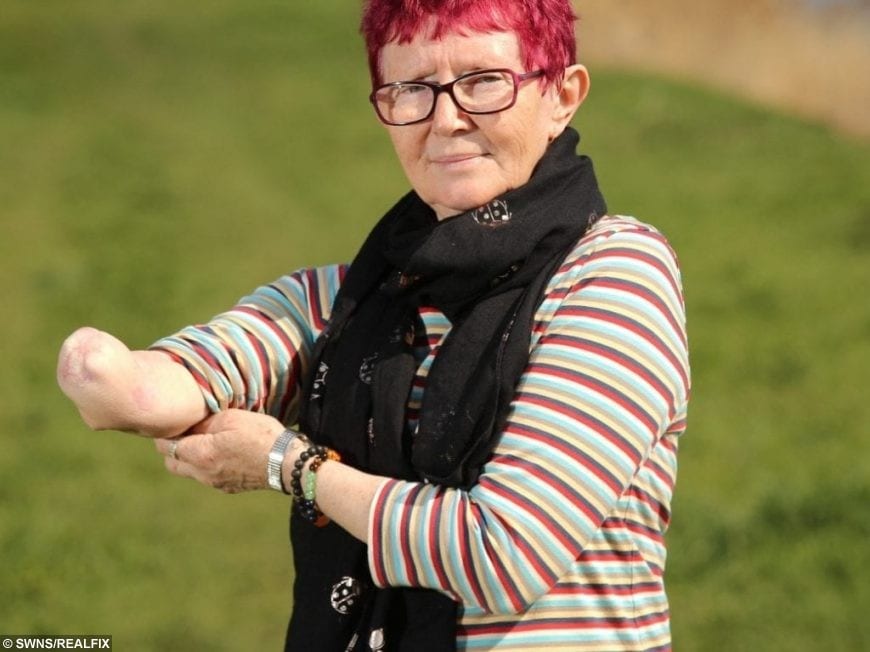 A woman yesterday told how she had her hand bitten off by a huge rescue dog which savaged her in attack which ‘seemed to last for hours.’

Sue Scarlett, 64, was savaged by the 90kg – 14 stone – cross-bred beast while cleaning its kennel and looked down to the ground see her ‘right hand on the floor.’

The care home nurse was set up by the dog last October when the animal locked its teeth around her right arm.

Despite two people trying to get the dog off her hand, the male dog gripped on to her wrist with his teeth and wouldn’t let go. 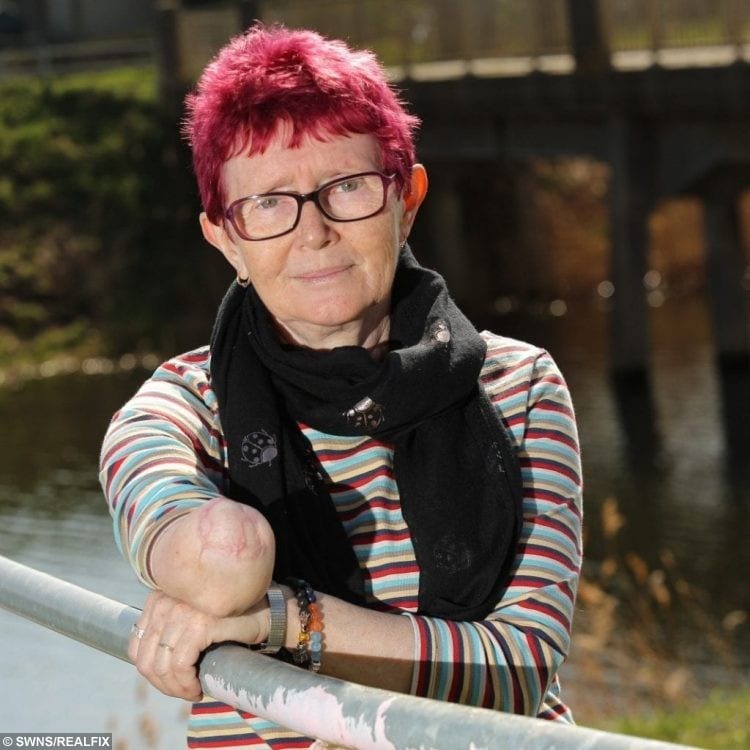 The grandmother, who described the dog having a grey and black brindle coat with paws the size of her hand, said: “I shouted to him to let go but he just held on tighter.

“After what seemed like hours my husband heard me and tried to pull the dog away but was unable to do so.

“I remember thinking that I would have a few broken bones when he finished.

“But at that time I looked down and saw my right hand lying on the concrete in a pool of blood.”

The kennels which had a run outside where caged – the dogs slept in the kennels and were able to have water in the run before running outside into a surrounding field to play.

As Sue let the dog out of the kennels to go into the field to clean the room and change the water in the run.

But the dog put his head partially into the run of out of the kennel and grabbed her right arm. 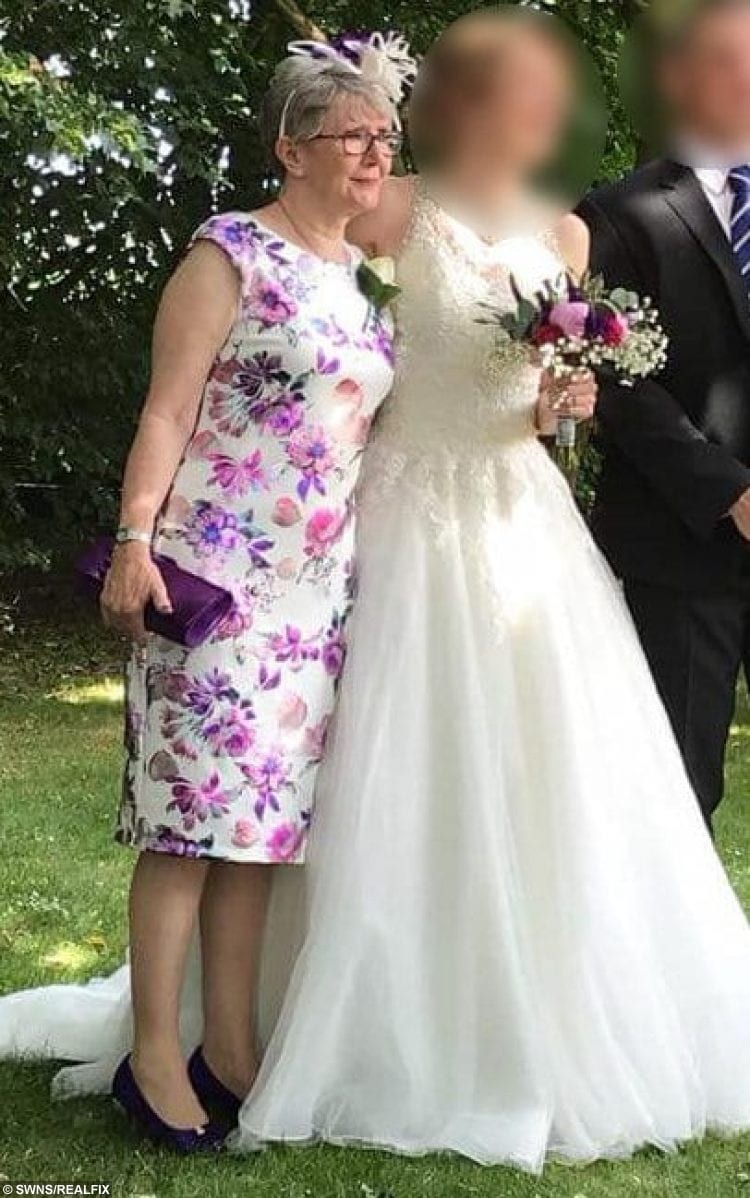 Sue Scarlett, 64, from Wisbech, Cambs before her hand was bitten off by a dog.

Sue, who is a nurse at Ashlynn Grange care home, in Peterborough, Cambs., shouted at the dog to let go but he continued to “gnaw” at her arm.

She said she had to go on her knees to push the kennel gate against him because she “knew that if he got into the kennel he would kill” her.

Sue screamed for her husband, who was also helping to look after the other dogs, to call for an ambulance and police as her friend tried to get the dog off her arm.

After a couple of minutes, the dog eventually let go in which they were able to isolate him back into the kennel.

She added: “As I looked up I saw him looking at me and there was blood all round his mouth.

“As a nurse I knew that I was in big trouble so told my husband that he needed to put a tourniquet – compressing device – above the wound, which he did using his jacket.

“My friend and my husband held my arm in the air to try and prevent more blood loss and continued to do so until a paramedic took over.”

The East Anglian Air Ambulance arrived at the scene a long with two doctors, a paramedic and police. 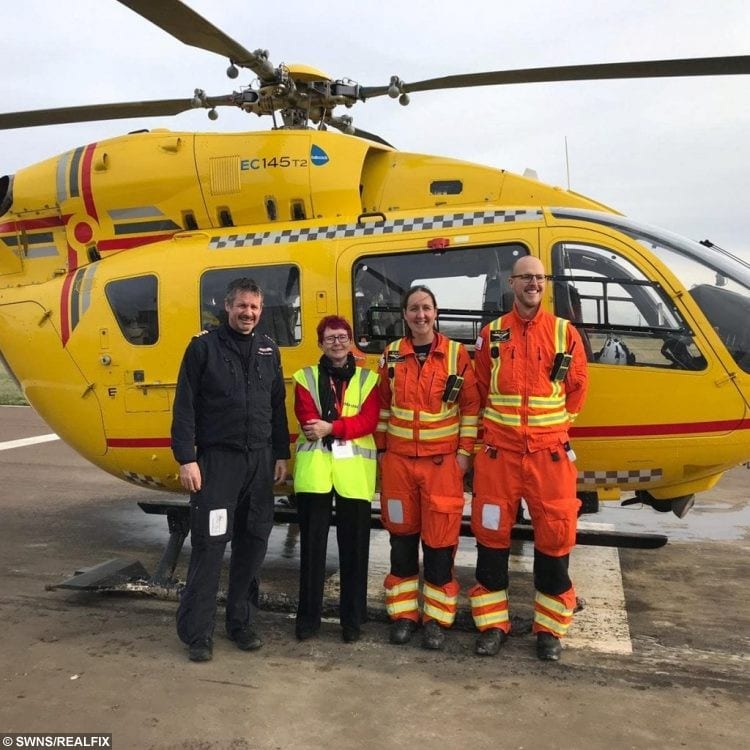 Sue said: “I don’t remember much else about the journey or going into the hospital or the emergency surgery which was needed to save my life.

“But what I know is that without a shadow of a doubt is that without the swift action and interventions of the East Anglian Air Ambulance crew I would not be here today.

“I might have lost part of my arm but I am alive and will always be grateful to the crew”.

The dog was put down after the attack.

Since the attack Sue as thanked East Anglian Air Ambulance service after their life saving efforts.

“They administered pain relief and antibiotics at scene before packaging Sue and flying her to Addenbrooke’s Hospital, arriving at 13:39.” 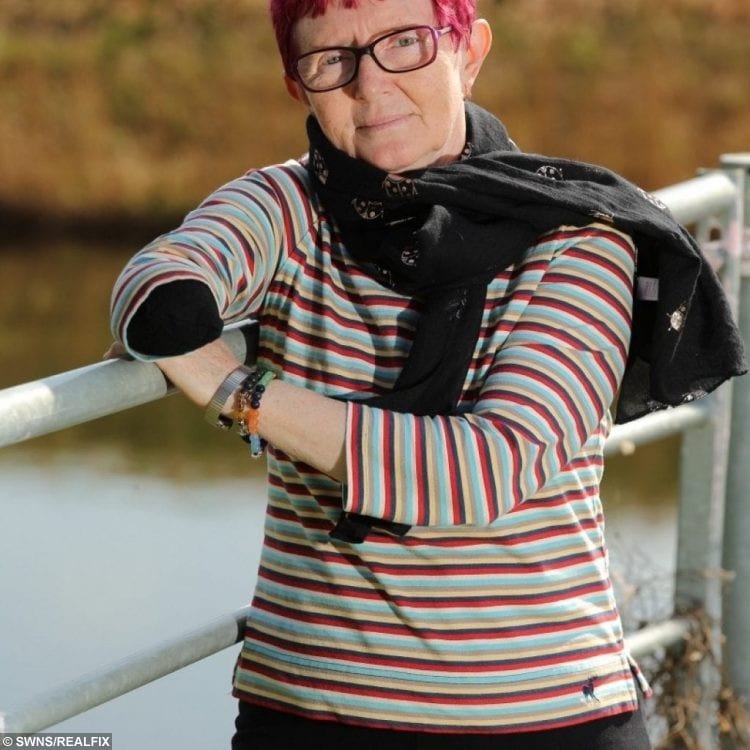 Sue is now volunteering to help raise funds “that are needed to keep these heroes and horoines in the air” for East Anglian Air Ambulance, which is not government funded.

She will be taking part in the Big Leeap, the tandem skydiving event in May.

Sue was forced to give up for the last six months while recovering from her injuries.

« Previous post DON'T LOOK DOWN, BOY! - Meet Britain’s Paragliding DOG That Takes To The Skies With His Owners
Next article » Schoolgirl Was Astonished When She Found A Mark On A Grape -- That Looked Exactly Like A Giraffe