A mother-of-ten spends an incredible $2,000-a-month feeding her family who devour a gallon of milk-a-day and go through 36 toilet rolls per week.

The happy family consumes six boxes of cereal and 5lbs of potatoes every week and use a 15-seater van to move around.

Full-time mother Crystal, from St Johns, Arizona, USA, said: “Sometimes I think I’m a bit like Angelina Jolie. I can definitely relate to her.

“We are a diverse family, we have several different ethnicities but we reassure our kids that we love them no matter what.

“Color doesn’t matter. It’s love that makes a family, not blood. Obviously when you have a biological child, you instantly fall in love.

“But it’s the same with my adopted kids. I feel just the same for them as I do for my biological children.

They began fostering Jamie, 25, three years ago and have recently applied to be her legal guardians. 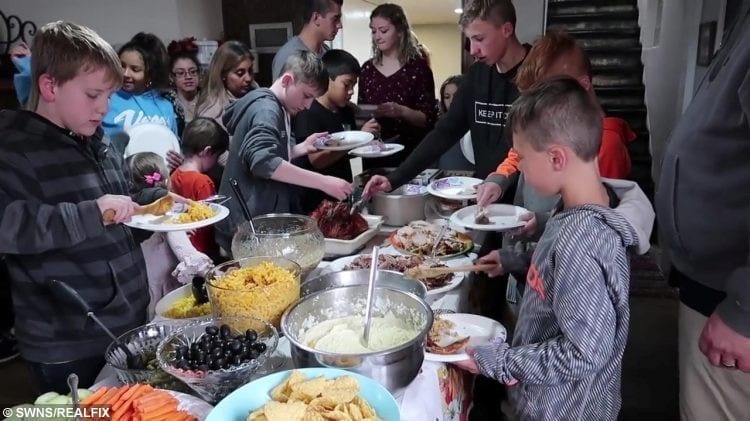 Crystal noted that giving disadvantaged kids a home makes her astronomical food bills of $24,000 a year worth every cent.

“I don’t have any regrets,” she said.

“We like to buy our food in bulk because of the amount we are cooking. We do a lot of shopping at Costco.

“We spend $2,000 a month on food. Food was definitely a learning process. You don’t want to cook too much or too little.

“I have to quadruple recipe sizes and we go through a gallon of milk a day. I grocery shop every few days to top up our cupboards.

“We love doing crock pots because we can make large portions. Our kids love enchiladas, mac and cheese, chicken nachos, tacos or burritos.

“We eat normal American food. We go through probably six boxes of cereal each week.

“Our kids love rice and potatoes and we go through about five pounds of potatoes and four boxes of rice each week.

“Sometimes meals can be overwhelming so we will have one of our older kids partner with one of the younger kids and they cook with us.

“That way they are learning to cook and we have extra hands in the kitchen.” 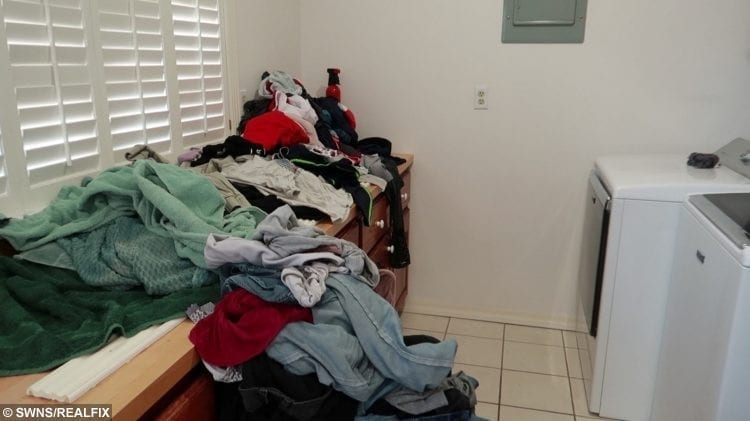 The children all have different tastes, so Crystal leaves their food unseasoned and it’s up to each child to choose which flavors to add.

She said: “Ariana, who has African American heritage, loves hot sauce on everything and she’ll sometimes add cumin and salsa too. Some of the other kids just put salt.

The doting parents first began fostering in 2011, when they struggled to conceive their third child.

“Originally we had Halie and Max but we were having a hard time getting pregnant with a third,” said Crystal.

“We went through fertility treatments and I had a miscarriage. My husband suggested we consider foster care or adoption.

“We ended up getting pregnant and having Logan but we still felt we were led to that path.

“We started doing foster care and then we ended up adopting them, all of our adopted kids came from foster care.

“I loved bringing in a child who had had a really bad past, and showing them what love and compassion looked like. It changed their lives and ours. It was just amazing.”

The first foster child they adopted was Ariana, in 2012. 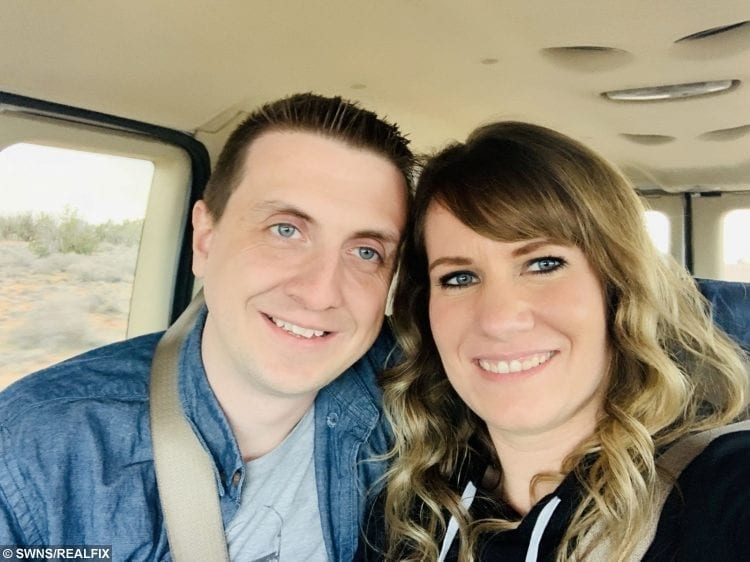 Crystal admitted that family life is not a seamless operation and she singled out laundry as a particularly chaotic procedure.

“It gets crazy sometimes but it is organized chaos,” she said.

“We all have to work together to keep the house clean, organized and running smoothly.
All the kids have chores. Laundry is probably the biggest thing.

“All the older kids, 13 or above, do their own laundry so that helps a lot.

“Really I’m only doing the younger kids’ laundry but even they do their own folding and put it away. But it does still feel like a lot.

“We have three bathrooms and the kids usually have to wait 15 minutes to take their shower in the evening.

“The line gets long. We go through 36 toilet rolls each week.

“We budget around $300-a-month for clothing and twice a year, in winter and summer, we go full out and spend about $2,500 on their wardrobes. 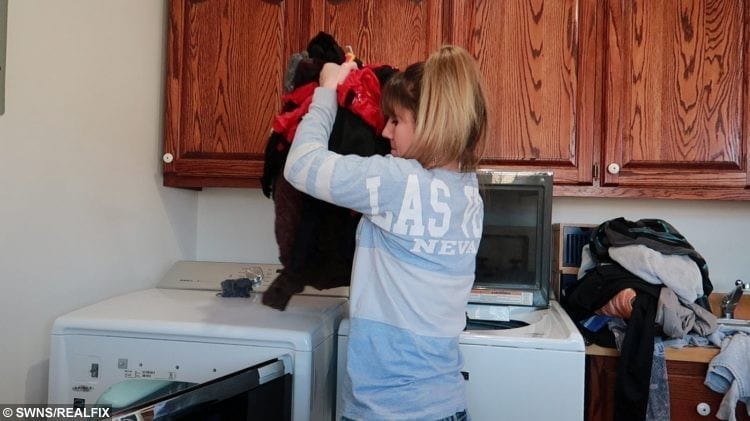 “We have a 15-passenger Chevy Express van so that we can all ride together and go on vacations.

“Normally we try to stay within driving distance, we’ve been to Disneyland, Legoland and California.

“It is a little stressful because there are so many of us. Whenever we go to an amusement park, we have a designated area, in case someone gets lost.

“But it is so much fun, we all have partners for every ride we go on together.”

There are downsides to having such a big brood, including not being invited to Thanksgiving.

Crystal said: “We have had a few difficulties. We sometimes don’t get invited for Thanksgiving because there are too many of us.

“When we go into a store we have had comments like, ‘Are they all yours?’ We try to brush it off.

“It’s nice to have a big family because if anyone is bored or annoyed with someone, there’s always somebody else to play with.

“But we don’t have plans for more children. I think we’re done.”

Toddler Has $10,000 Prosthetic Leg Stolen – And The Community Response Will Warm Your Heart

Toddler Has $10,000 Prosthetic Leg Stolen - And The Community Response Will Warm Your Heart