A young care home worker has clocked up more than a million views documenting his daily life entertaining residents in adorable TikTok videos.

Aiden Middleton, 18, has worked at Wellburn House for only a month but has already received praise from head office for his positive attitude across his 19-person unit.

Despite working 12-hour shifts, Aiden entertains and lifts the spirits of the residents – some as old as 94 – by involving them in TikTok videos.

The touching insight has taken the home viral with more than 1.3 million users viewing his first video of him dancing with residents Willy and Ron.

His latest 60 second clip featured himself and 94-year-old Mary Jackson dancing and twirling each other to jazz music, at the home in Stockton-on-Tees, Country Durham.

Aiden, from Thornaby, North Yorkshire, said: “The main thing is keeping them happy and keeping them smiling – not leaving anyone out. 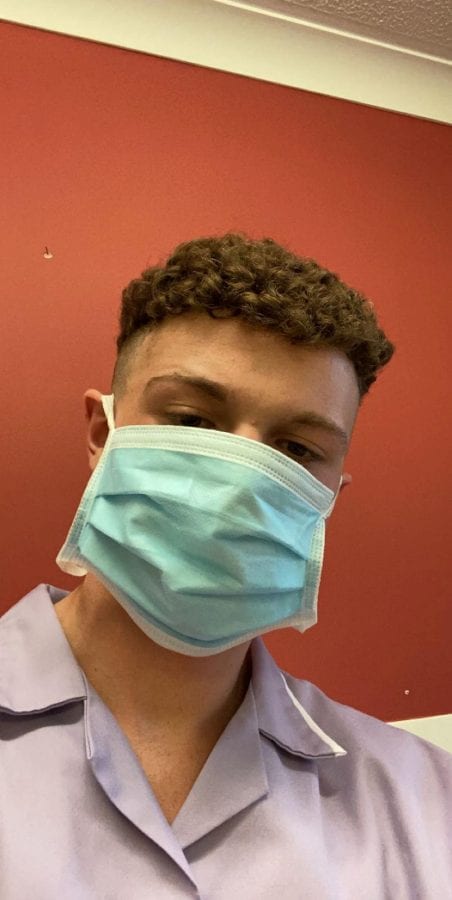 “They love getting up and getting energy in them. It puts a smile on their face. Most of them don’t take it too seriously which means they have a laugh.

“You wouldn’t believe [Mary] is 94 moving around like that! She loves dancing. I would not think she is 94.

“I would think she is one of the carers! She looks after people – if someone need the toilet and they’re not able to go themselves she will come and find us.”

Wellburn House cares for up to 90 residents and Aiden helps to look after 19 people – most who suffer with dementia.

The idea came from his manager and deputy manager who approached him while he served breakfast earlier this month, challenging him to make videos with residents.

He said: “I didn’t have to ask the residents more than once to get involved. They all wanted to do it.

“It is such a nice thing and a change for them. Instead of being sat in the room, they are doing something different like dancing which they have enjoyed.”

The first only took two takes to teach them the dance and record it while some trickier dances required just three takes. 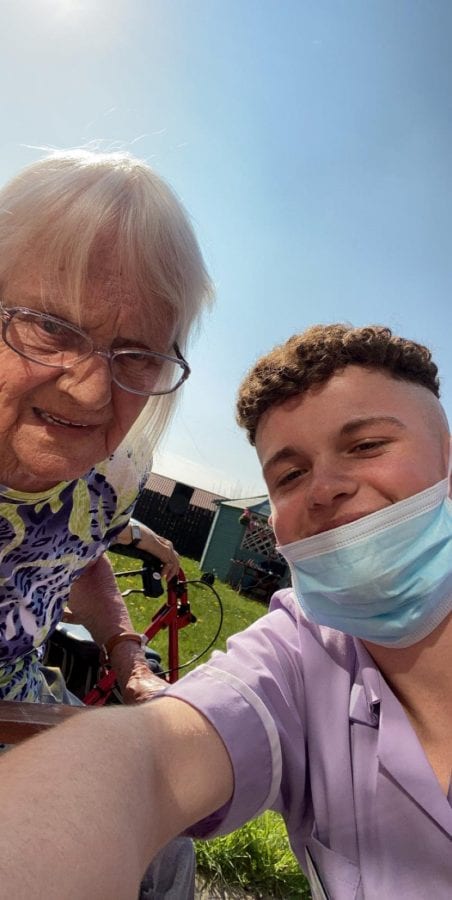 He added: “There’s quite a few of them who liked to dance when they were younger.

“One of the ladies said we have brought back memories of her and her late husband, who met each other dancing.

“She started crying to me saying we have brought back so many memories.

“I am never going to forget that. It brought tears to my eyes. I’m not one to get emotional. I sat her down and brought her a cup of tea.”

Aiden said several residents have come out of their shell since he started working there, and involving others in his videos.

He is not too sure what his secret is but thinks it could be something to do with his ‘calm vibe.’

Aiden, who finished college last year, added: “I make them feel comfortable. They can speak to me about anything. They can ask me anything.

“I really do like this job. It is really rewarding.”

This is what a makeshift maternity shoot looks like under lockdown…