A selfless 15-year-old has been lauded as an “angel” after she decided to move in with her vulnerable great-grandmother and take care of her during lockdown.

Teenager Joanna Murray has learned how to cook and clean after spending the last two months in lockdown with her 90-year-old great-grandmother Mary.

The selfless teenager has been praised by her proud mum after she told her she was moving in with her nan because “she needs me more than you do”.

The schoolgirl said it was difficult at first as she only knew how to put bread in a toaster but the fast-learning teenager has since earned praise for her rice pudding, apple crumble and corn beef pie. 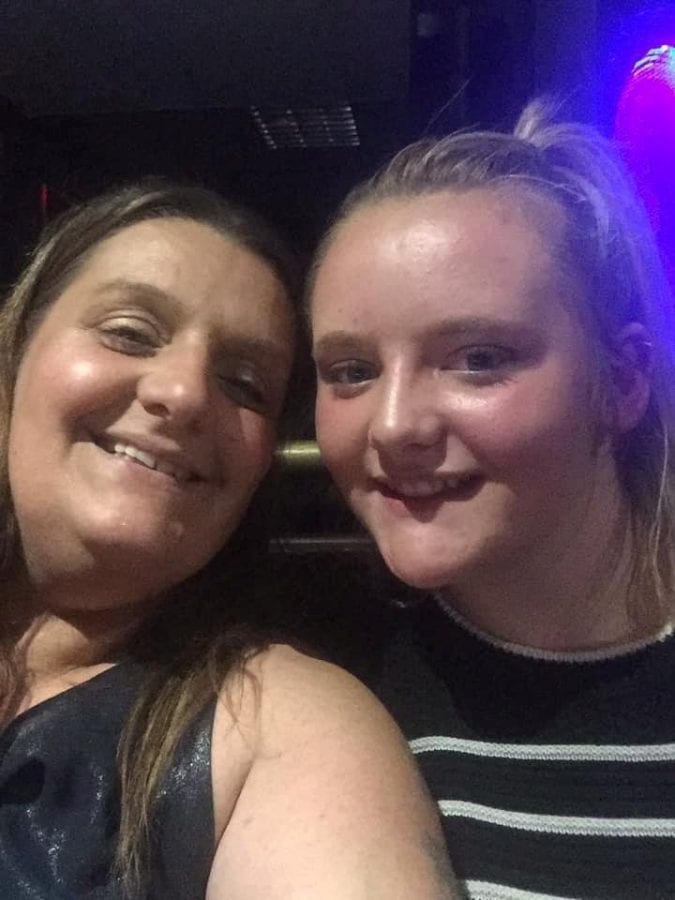 Joanna, from South Shields, Tyne and Wear, said: “My nan is more important than anything in my life, and I have a duty to take care of her.

“I went home and got a carrier bag and stuffed it with some clothes and I was off.

“I thought she would need someone to talk to and help her round the house, and we were already very close.

“I learned how to cook, how to wash and hang clothes, so I’ve gained quite a lot of skills.

“I just wanted to do everything I could do to help as we didn’t know how bad this lockdown would be.

“I’ve got no regrets about my decision, I’m so happy I decided to do this.

“I didn’t think I did anything special but now having shared this new relationship with my nan I can see that it was quite special.

“I’ve made my mum and my family really proud which is an amazing feeling.” 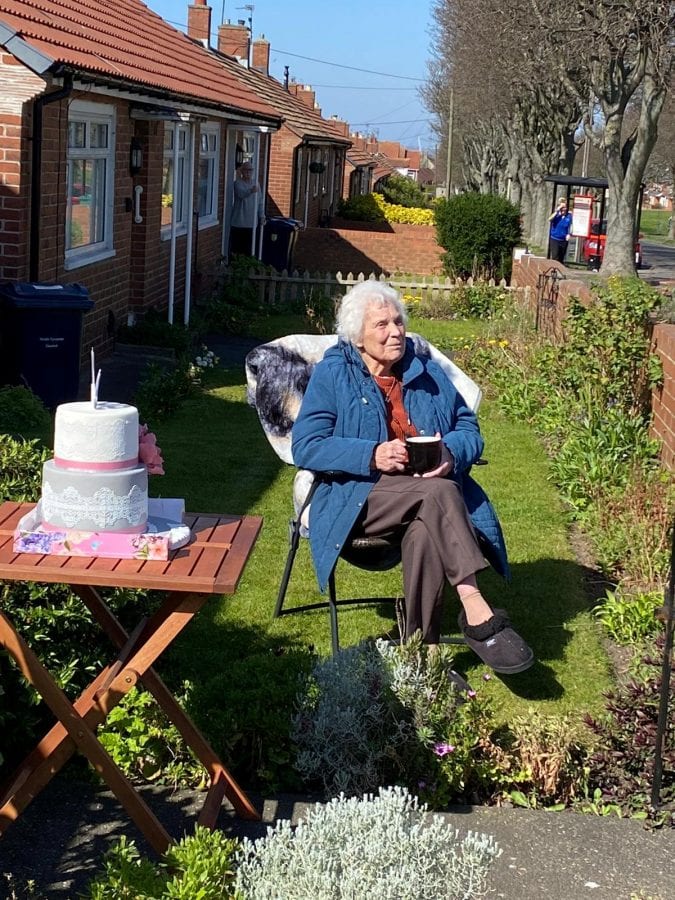 The teenager says it was stressful at first as she didn’t know how to turn on the washing machine or how to hang clothes up to dry.

But she’s taken it in stride and the mature teenager said it’s important to give yourself time and space.

The Year 10 student said: “When it gets a bit difficult I do take five minutes in the garden and take some deep breaths.

“This situation is difficult for everyone so it’s important to give yourself time.

“It’s stressful but I’m used to it now.

“We’re a very close family and I think we all feel a sense of responsibility towards each other.

“Being apart from my family has been difficult, and I can’t wait to give them all a big hug when it’s all over.

“We’re just down the road as well, which is even harder because I keep wanting to just pop round and say hi but I can’t risk it.

She added: “I think we need to be really cautious with everything that is happening. Even when we’re allowed out again, we still need to take care of each other.”

Proud mum Diane struggled to put into words how proud she felt when Joanna marched into the house and told her she was leaving back in March.

The mum-of-three said she misses Joanna every day but the pair facetime each night until the teenager falls asleep. 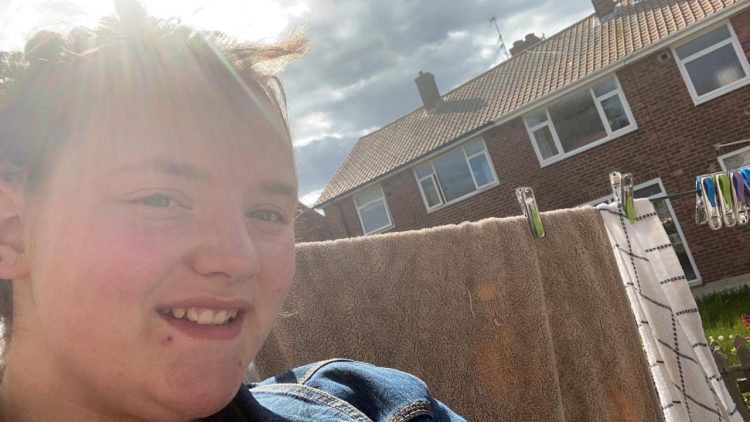 The stay-at-home mum said: “I’m so emotional and overwhelmed, it’s past the stage of being proud of her, it’s far beyond that.

“It’s a massive thing she’s decided to do, and it’s not something you’d expect from a teenager.

“She told me she was off to stay with her gran and she’s staying with her until this coronavirus is all sorted.

“She said nan needs her more than I do, and I could just cry.

“Joanna’s been doing all of the housework, the shopping for my nan. It’s been amazing to see as a mum.

“It’s been two months now and it’s been difficult because all I want to do is give her a massive cuddle.

“We facetime every single night, and I have to stay on till she falls asleep.”

She added: “She learned how to cook – when she lived with me she could maybe put the bread in the toaster.

“She’s gained this new maturity and independence, I’m over the moon.”

With no certainty around when the lockdown measures will be eased, Joanna says she will stay with her nan for as long as she needs.

The pair celebrated Mary’s 90th birthday a couple of weeks ago, and Joanna surprised her with balloons and banners around the house.

Mary said: “She’s an angel, I can’t do anything without her and I’m so grateful she’s been with me for the past two months.”