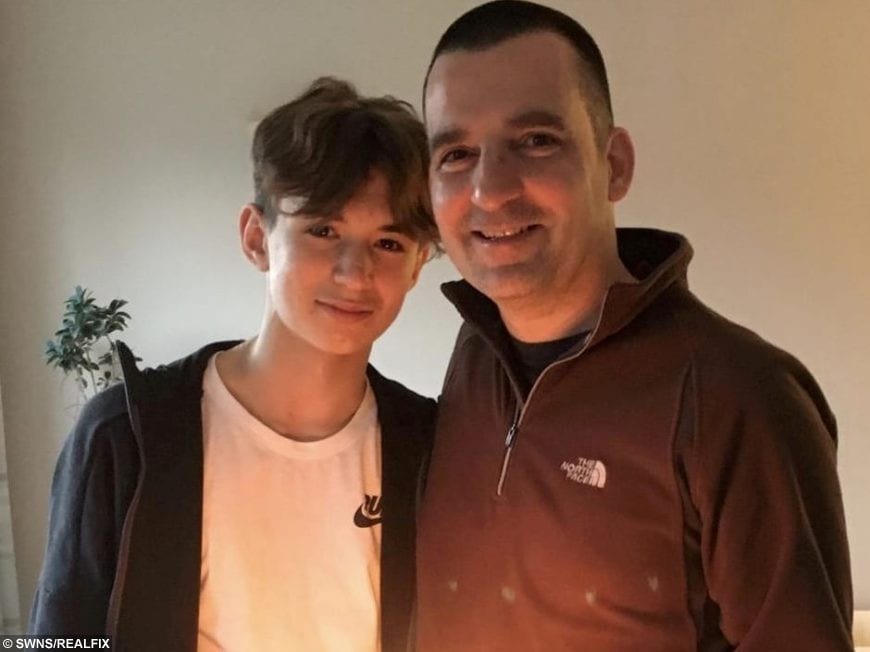 A genius dad has invented a clever app that locks kids’ phone screens until they respond to their PARENTS’ messages.

Nick Herbert, 47, was so frustrated with son Ben, 15, ignoring his texts he took matters into his own hands.

The project manager invented an app that ‘hijacks’ his son’s phone by locking the screen, stopping him from doing anything until he reads the message.

It sounds an alarm until the child reads it – even if their phone is on silent – then pings back a message to the parent, informing them the kid has read the message.


So the app has a two-way system, where parent and child enter into an agreement that both can send urgent messages provided neither abuse the privilege.

The child can also send the same urgent messages back to their parents or guardians.

Divorced dad-of-one Nick from Bromley, London, made RespondASAP available for other parents, and said more than 2,500 have downloaded the 99p app since it launched two years ago.

Nick said: “I came up with the idea when Ben first went to secondary school.

“I was getting frustrated that Ben wouldn’t respond to my texts, by swiping them off to the side while he watched videos, or keeping his phone on silent.

“In some cases, I found that Ben was just ignoring me in front of his friends.

“So I decided to go about building an app that would allow me to momentarily ‘takeover’ his phone when I sent texts that needed urgent answers.

“Initially, I imagined only parents would have that power to ‘hijack’ their child’s phone.

“But when I chatted with Ben, he raised the important question of privacy and consent. He asked about situations where he might need to contact me urgently.

“So the app has a two-way system, where parent and child enter into an agreement that both can send urgent messages provided neither abuse the privilege.

“To start with, Ben agreed to do it because he never imagined I’d go through with it.

“But it’s worked a treat, and – since neither of us are sending loads of messages through RespondASAP all the time – it’s consenting.”

Nick released the app in August 2017, when Ben got a smartphone.

He said that Ben would leave his Android on silent, missing urgent messages about what time and how he’d be getting home.

RespondASAP only works when a parent and their child have both downloaded it.

Parents can send a text on the app, which locks the child’s phone screen and prevents them from doing anything else on their phone but read the message.

On the official RespondASAP website, it says that Nick spoke to his friends about its design, who envisaged all sorts of other ‘trivial’ uses for it.

He said: “Their suggestions ranged from changing your order when your friend is getting the drinks in at the bar, to finding your phone when you’ve misplaced it at home, to work situations when you need to get hold of work colleagues quickly.

“However you want to use the app, I hope you enjoy it, use it responsibly and not while driving and can finally get hold of that person who always has their phone on silent.”

Tags: application, Dad, families, parents, safety
« Previous post Villagers Driven Round The Bend By 26-mile Diversion After 50m Road Closed Cheer Themselves Up With Street Party On Shut Highway
Next article » A Great-Great-Gran Living Down South Celebrated Her 101st Birthday Party With Bagpipes And Tartan Dress Code In A Nod To Her Scots Heritage